Thunderkick’s Odin’s Gamble slot invites the player to join a new adventure at the foot of the Yggdrasil tree, upon which the kingdoms of the Norse deities rest. As you approach the entrance to Mimir’s shrine, not far from a magical fountain, you can try your luck at Wilds multipliers, free spins, Sticky Wins and Roaming Wild Stacks with huge winning potential.

In Norse mythology, the Fountain of Mimir is located under the world tree Yggdrasil. The water from the well contains much wisdom and except for its guardian, only the god Odin has been able to taste this drink in exchange for sacrificing one of his eyes in the well.

Odin’s Gamble slot machine is designed on a 6×4 reel interface featuring 466 winning paths, high volatility and an RTP of 96.17%.
Start by betting from $0.10 to $100 per spin to try to achieve winning combinations of 3 to 6 identical symbols lined up from left to right on the reels. The main god is featured as a strong symbol while the other symbols that accompany it are represented by golden crows, rings, necklace, foghorn and A, K, Q, J, 10 and 9 symbols. 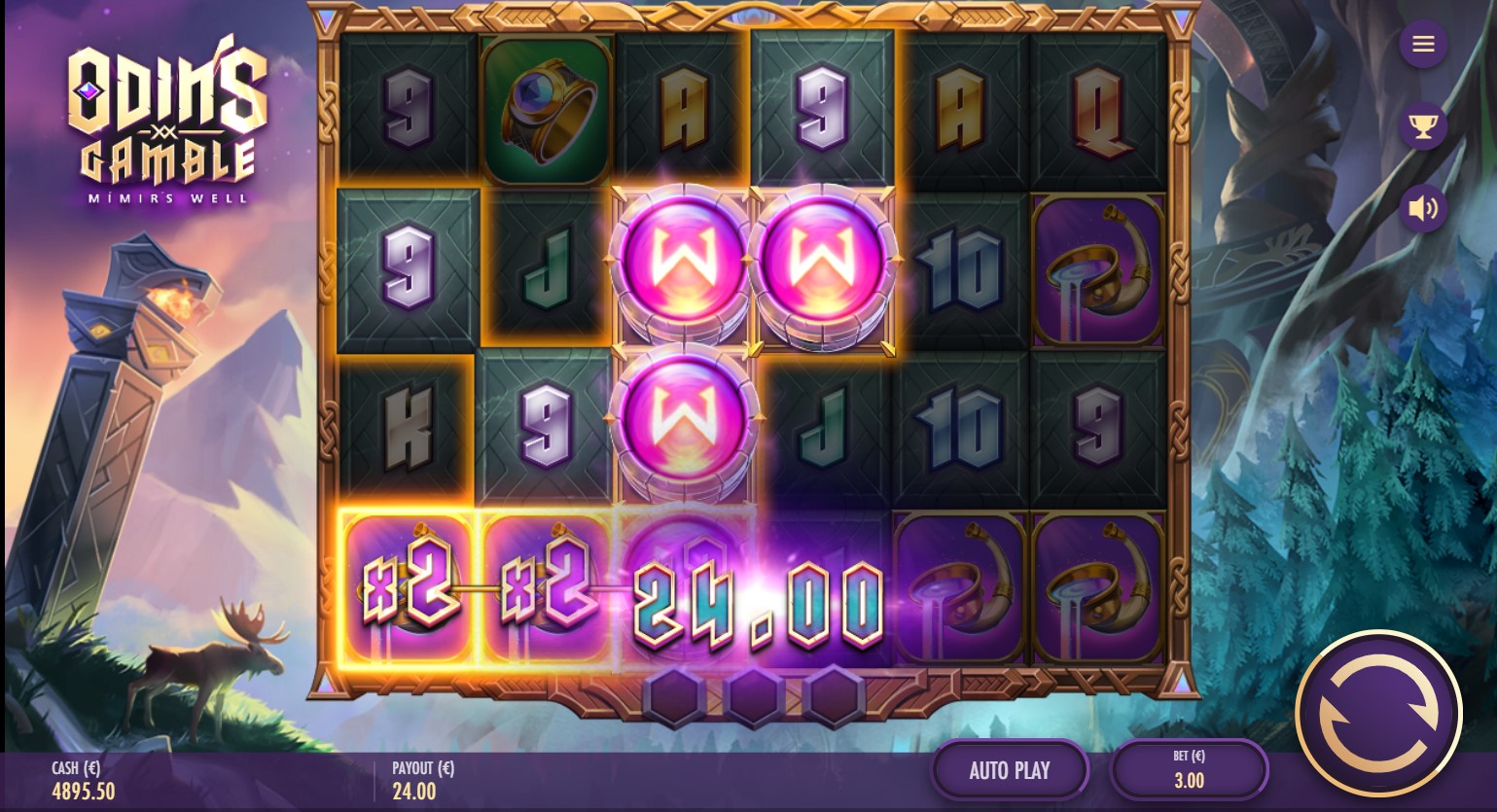 Buffalo Mechanic is in play both during the base and bonus game.

The Magic Well is the game’s Wild symbol and substitutes for all other symbols in the game, providing a x2 multiplier.

Odin’s Gamble compared to 3 other slots by Thunderkick

Get 3 Scatters symbols to win 10 free spins. In the bonus, each win triggers the Sticky Win feature and it is possible to get 5 more free spins with 3 additional Scatters.

Covering an entire reel during the bonus with each spin, it will move from reel to reel and lock in place during the Sticky Win feature.

During the bonus, the Charged Wild multiplier will also be added to the Roaming Wild Stack. Multipliers will hold their value until the end of the bonus and will increase when new multipliers are added.

This is not the first time Thunderkick has taken us on a mythical quest into the heart of mythology. Odin’s Gamble, released in January 2022, is a casino game that not only fills out the publisher’s portfolio but also adds a unique touch inspired by a true ancient legend.
The maximum winning potential is 19333x the stake, which is substantial and may convince players to follow this Norse god on his quest to the Fountain of Mimir.

Yes, the slot features wilds with multipliers as well as free spins rounds.

Thanks to the high volatility and average RTP, the slot will deliver rather rare but big enough winnings.

Riders of the Storm