Many players are probably familiar with the exciting train robberies in the Money Train slot game from developer Relax Gaming, and we recently heard rumors that they are preparing to launch Money Train 3, bringing even more innovative trains than ever before and giving players a chance to win bigger prizes than ever before. We have some information that all players can see first.

Money Train 3 is a high-tech train-themed online video slot with 4 rows of 5 reels and a fixed payline to beat up to 40 paylines, as well as a special feature that will spin the reels for free when there is no win, and there is also a train bonus round full of prize multipliers, which can pay you up to 100,000 times the bet, with the return rate at an average RTP of 96.50%.

In part 3, the trains are even more high-tech, and the character designs will be stronger and more modern than ever. The game spins the reels in a high-tech train to win cash prizes.

Of course, the four main character symbols have a high payout rate and can pay between 0.50 and 20x, while the symbols with low payout rates are also 4, but they will only pay 0.20 to 5 times the bet.

In any given spin when no win occurs the game may randomly trigger the re-spin feature, where it sends a selection of certain symbols to the reels and keeps the selected symbols locked in place. Also on the spin, a x1, x2 or x3 multiplier may appear. 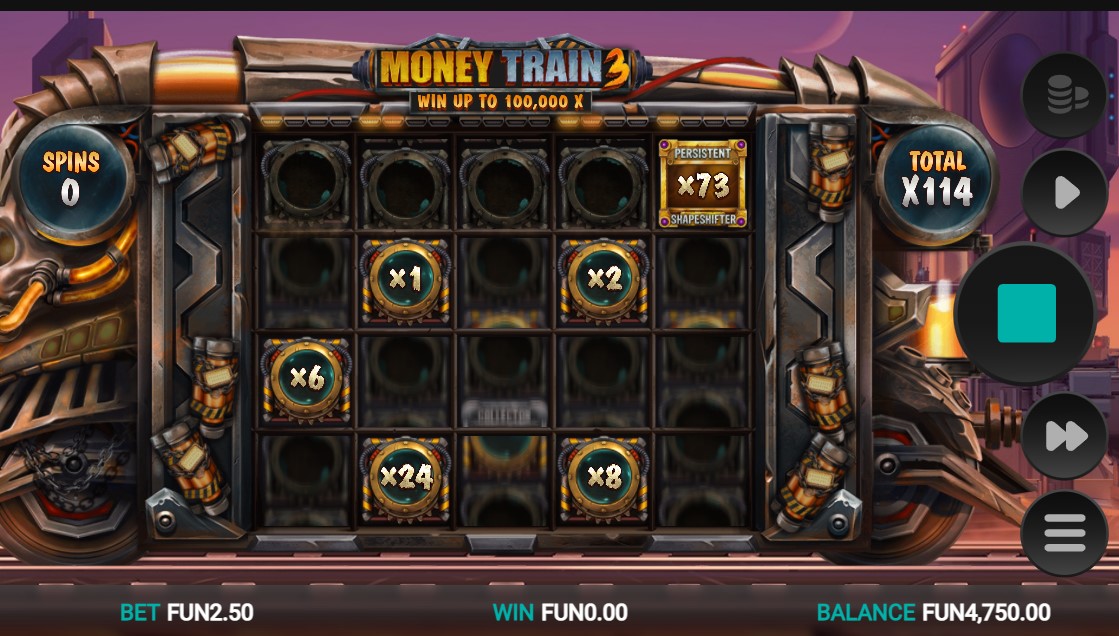 The Persistent shapeshifter can transform into any modifier and stays until the end of the bonus.

You will only be able to activate the bonus feature if 3 or more Bonus symbols appear on the reels.

If you’ve played the series before, Money Train 3 is a game not to be missed. It also has many more cash prizes than previous versions of the game because it can pay you up to 100,000 times the stake. You can play the game in a trial version today on our website.

The release date of Money Train 3 is set to 22nd of September 2022. Then the slot will be available in major online casinos.

The creator of this series called Money Train that all players praise is Relax Gaming.

Yes, there certainly are. Starting with the non-winning respin, the slot also features a Hold & Win bonus with various modifiers.