Firebird Spirit is a game developed by Wild Streak Gaming from Pragmatic Play. This Aztec-themed slot features a 5×5 reel configuration and 1,875 paylines by default. However, two of the 5 positions (the top and bottom one) on the third reel and a sixth reel are intended to host special symbols.

Discover the riches of the Aztec kingdom

Firebird Spirit is a game developed by Pragmatic Play. This slot features a theme related to the Aztec civilization. The default game grid has 5 reels, 5 rows and 1,875 paylines. Reel 3 also has 5 rows, but two positions, the bottom and the top, are only for special symbols. A sixth reel is also present for special symbols only.

There are many special symbols. First, there is the illustration of a golden bird in full flight. This is the Wild of the game. Then there is the Connect & Collect symbol, which has a design that looks like the infinity symbol. Firebird Spirit also features the Quick `Collect symbol, which is a round object with arrows. There is also the Money Value symbol, which is a circular coin of yellow color, decorated with small red bands intersecting to form a kind of cross. In addition, the player can see the “Add Wild” or “Free Spins” symbols. Other symbols consist of the following frames: “MINOR”, “MAJOR” and “GRAND”. These are the icons for the different progressive jackpots. 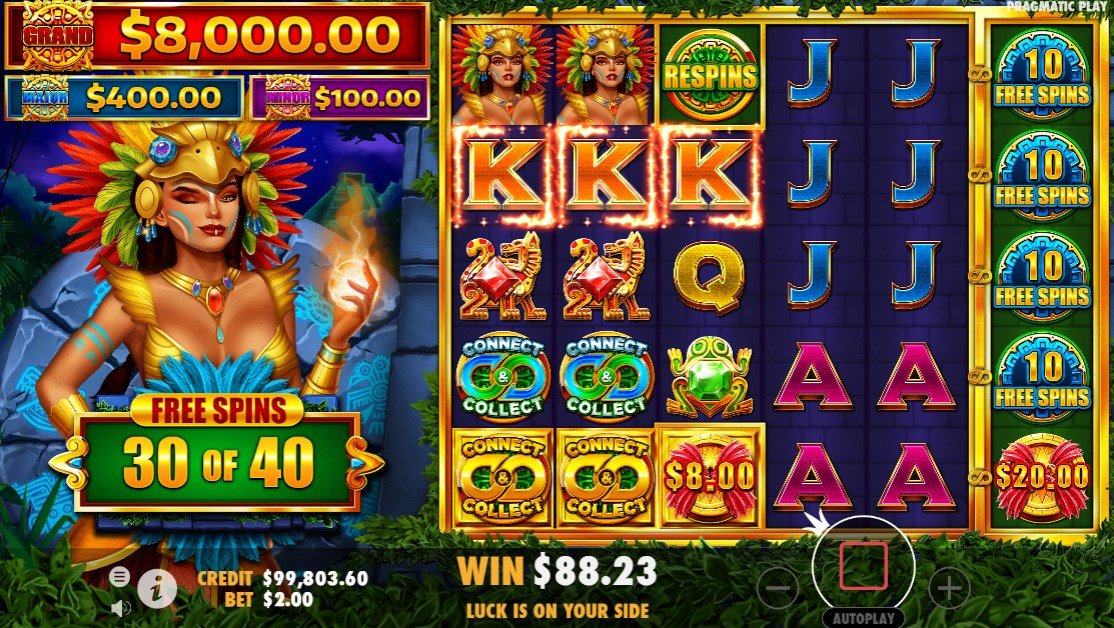 Collect unlimited amount of free spins and prizes during the bonus round.

Play with many special symbols with special roles

To play Firebird Spirit, you need to have between $0.25 and $125. The RTP of the game is between 94 and 96%. The maximum probable payout is 4,250x the bet. Since the slot has positions for special and regular symbols, as well as several special symbols, in order to better understand its features, we need to refer to the role played by each special icon.

Role of the different symbols

Among the symbols in the game, there are those that land only on the special positions or on the sixth reel. Thus, the Wild can land on any reel to substitute all symbols except the Connect & Collect icon.

Firebird Spirit vs. 3 other slots by Wild Streak Gaming

And when the Respin symbol always lands on the third reel, the Respin feature activates, awarding the player 5 Respins. During this feature, if the Connect & Collect symbols appear, they will remain stuck on the screen until the Respins end. When the Money Value symbol lands, it pays out between 2 and 800x the bet.

The MINOR, MAJOR and GRAND symbols can award a jackpot of 50x, 200x and 4000x the bet respectively. The Add Wild symbols are used to randomly add extra Wilds on reels 2, 3, 4 or 5.

Finally, the Free Spins symbol can award 5, 8, 10, 15, 20 or 25 free spins. The slot machine also has a buy-in function for free spins. The player can enjoy the free spins directly. For this, a sum of money equivalent to 100x the bet is required.

You can try out the demo version directly on our website. If you mean to deposit real funds and try your luck with Firebird Spirit, you can check our list of trusted casinos and find one that suits your needs best.

Each casino has its own welcome bonus system and special features. To get the best free spins offers, you can check out our list of casinos that offer the best free spin choices for this slot as well as many other online slots!

Yes, for the amount of 100 times your current bet, you can access the bonus directly.

The Connect & Collect symbols, when lined up on adjacent reels from the leftmost one, can connect with the special positions on reel 3 or reel 6. You will win the according prizes when they do so.

John Hunter and the Mayan Gods

John Hunter and the Quest for Bermuda Riches