A redesign of Dynamite Riches from 2019 has resulted in the creation of Red Tiger Gaming’s Dynamite Riches Megaways slot released in September 2021, an opportunity for all players to dive underground once again and try to find the buried vein of gold.

The interface matches BTG’s Megaways offering 6 reels with variable rows from 2 to 7 and up to 117649 ways to activate a win.

Your search for precious metals begins with adjusting your bet, which can range from $0.10 to a maximum of $10. The RTP of the Dynamite Riches Megaways game is the same as the original with a value of 95.7% and the volatility is high. 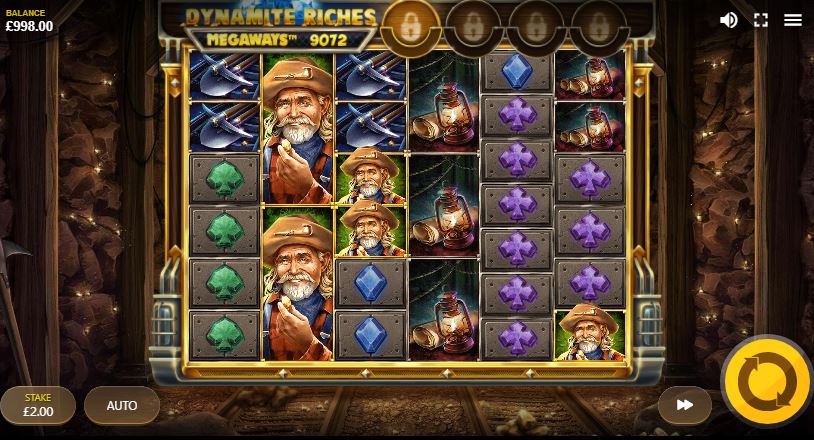 Dynamite Riches Megaways features 6 reels and 2 to 7 symbols per each row.

You will win when at least 3 identical symbols are lined up from left to right on the screen. There are 5 high-paying symbols including the gold miner, the bag of gold nuggets, the helmet, the pickaxe and the lamp, and then the low-paying symbols made up of the common gems.

The different types of Wilds allow the player to replace all the symbols of the game, they can take different forms (Dynamite Wild, Mega Wilds or Golden Wilds) with various functions and can appear on the 4 middle reels.

The progress bar at the top of the screen is divided into four sections, corresponding to features to unlock in order. When the Dynamite Wilds symbols appear, they fill in sections until they are unlocked. As you unlock new features, they will be randomly accessible as you play.

By collecting 3 Gold Spins symbols anywhere on the reels, you’ll receive 8 Gold Spins with each additional bonus symbol capable of offering 2 additional free spins. You can collect even more during the bonus in the same way.

During the Free Spins, each win will progressively increase the win multiplier up to a maximum of x20 which will be applied to all winning spins. 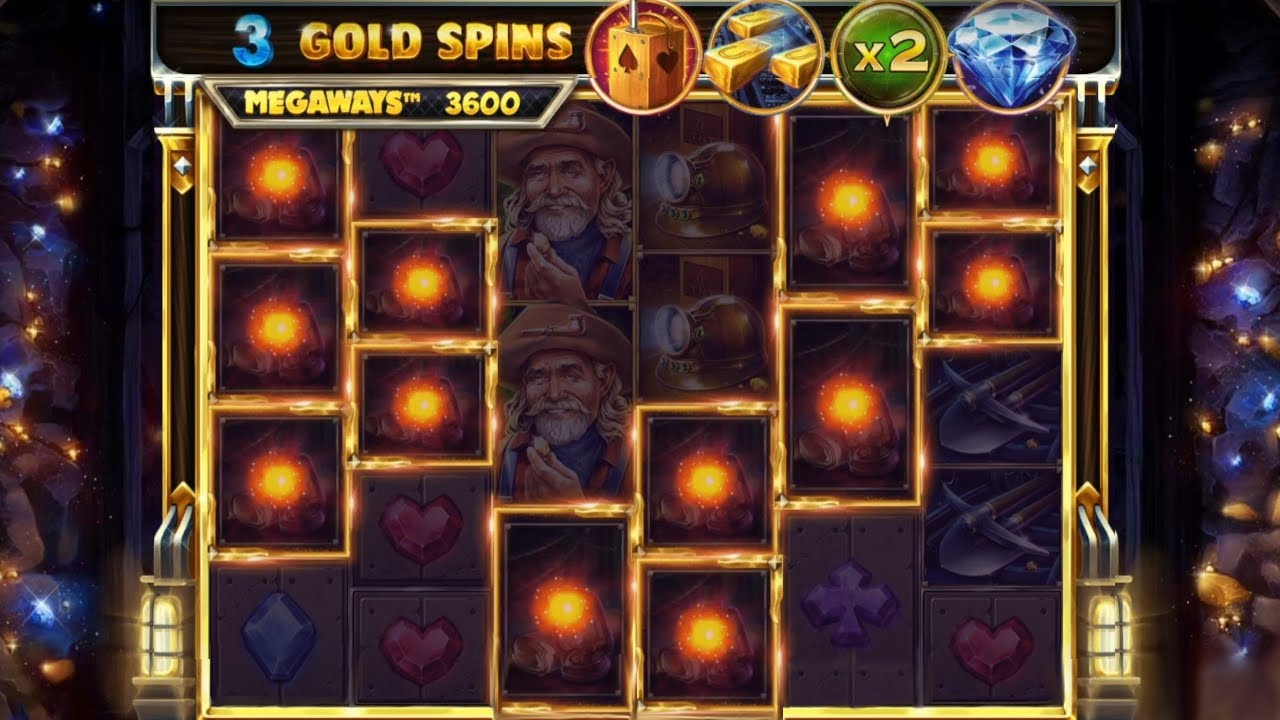 The game awards 8 Gold Spins with a progressive multiplier of up to x20.

In general, games developed from a previous version can be very well received by the gaming community when there are many innovations, but they can also sometimes be criticized. In the case of the Dynamite Riches Megaways slot, it’s a mixed bag. Not only does it not offer higher winning potentials, but it is also very similar and the core concept is still the same, unlocking the four special features as the game goes on. Anyway, we can’t say that this is a bad slot machine, it concentrates everything we need to have fun in an online casino and we invite you to try it for free in a demo.

Yes, Dynamite Riches Megaways is available on all media devices including phone, tablet and desktop.

Games with high volatility, such as Dynamite Riches Megaways, tend to produce rare but higher winnings.

The maximum winning potential of the game is 7,000 times the initial bet.

Lord of the Wilds