Serial is a creation of Nolimit City under the theme of serial killers. The visuals are sinister and dark. The game grid is dynamic, but starts the game with 5 reels, 3 rows and 243 ways to win. The max win is set at 74,800x the stake. The RTP is set at 96.07% and the volatility is maximum. The betting range varies from $0.20 to $100 for one spin. The game’s animation is captivating with a large number of special symbols (infectious XWays, xSplit Wild, xWays, xNudge Wild) that trigger respins, free spins, expanding Wilds and multipliers among other rewards.

Dive into the story of a serial killer

Serial by Nolimit City is a serial killer inspired slot. The graphics are well designed, but the colors are dark. The background image is sinister. It shows a bathroom covered in blood.

The game grid is dynamic. During the base game, it has a 5 reel, 3 row layout and 243 ways to win. Low value symbols include sinister serial killer objects: helmets, shovels, gloves, chainsaw chains and meat hooks.

Higher value symbols include a frightened woman, a special agent, a human skeleton and Bodycam Butcher (the most profitable symbol). The game comes with a large number of special symbols. The game’s Wild is the Gas Canister Wild symbol that substitutes for all other regular symbols except the Scatter to help form a win. The soundtrack features rock music to keep the game going. 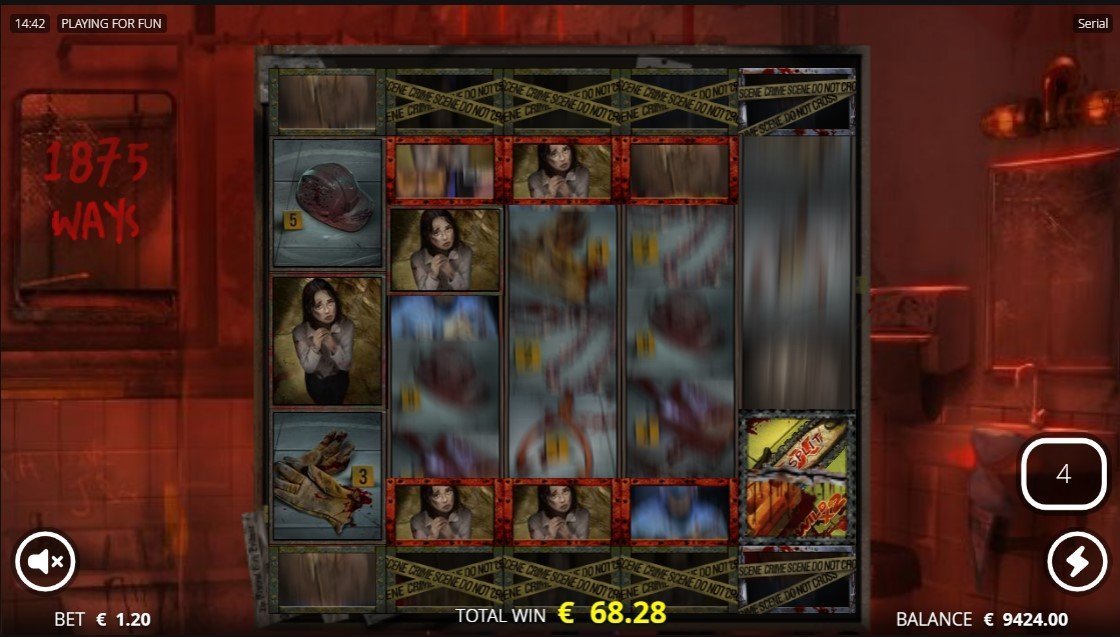 When a winning combination is formed, a re-spin is triggered while they remain on their spots.

Every time a win is formed during the basic game the function is activated. A respin is granted and the symbols of the win are kept on the screen. Each new win during the respin adds a respin to the counter and a grid position is unlocked.

Serial vs. 3 of the newest NoLimit City slots

The infectious xWays symbol takes on the same size as all other symbols that are close to it.

Free Spin Feature: The Search and The Kill

Drop 3 Scatters simultaneously on the grid to trigger the function. The values of the Scatters are added together and the corresponding number of free spins is paid out. During the free spins, the Enhancer Cells symbols turn the grid to 3-5-5-5-3. The xSplit symbol, but the level spin (The Kill) and 2 additional spins are added to your balance. The Kill spins are triggered if 3 Scatters and an xSplit fall during the basic game.

We offer a free version of Serial, so you don’t need to worry about spending any money.

Any real gambler will know just by the looks of the slot that the provider is namely NoLimit City.

The xSplit Wild is really a double wild symbol. It lands only on reel 5 and when it does, it splits all symbols on its left in half (incl. Scatters).