We’d like to introduce you to Fat Frankies, one of Play’n Go’s newest online slot games and one that’s got enough power to award you plenty of cash prizes. The slot is expected to be out in May 2022.

We’d like to introduce you to Fat Frankies, one of Play’n Go’s newest online slot games and one that’s got enough power to award you plenty of cash prizes. The slot is expected to be out in May 2022.

Fat Frankie’s is the tastiest game in town.

Video slot Fat Frankies incorporates a maximum win potential of x6,000 when playing its 5×3, 243-payline format. As for the details, the advertised RTP is 96.20% and for the volatility, we have a medium one. The whole game revolves around Frankie’s food truck and all the deliciousness that it brings with it.

Four low-paying takeaway drink cups are featured each with a classic card suit. If you catch five-of-a-kind, you will receive a payout of x0.50 to x0.80, followed by fries, tacos, hot dogs and burgers paying x2 to x10 the bet.

In addition to the regular symbols, there are wilds, which are represented by cash, as well as stars, which appear on reels one, three, and five during the free spins feature. Lastly, Scatters trigger Frankie’s bonus feature.

There are several features that will help you and Frankie to build a worthy and respected business. Whenever 3 Bonus symbols appear on the reels, players will spin between 4 bonus modes.

There will be re-spins granted when Burgers stick to the reels in Burger Bonanza, this will happen throughout the game until no more burgers appear, and then the prize will be paid out.

Frankie appears on Greasy Wilds and spills grease all over the reels! This results in one to five Wild reels on the grid. 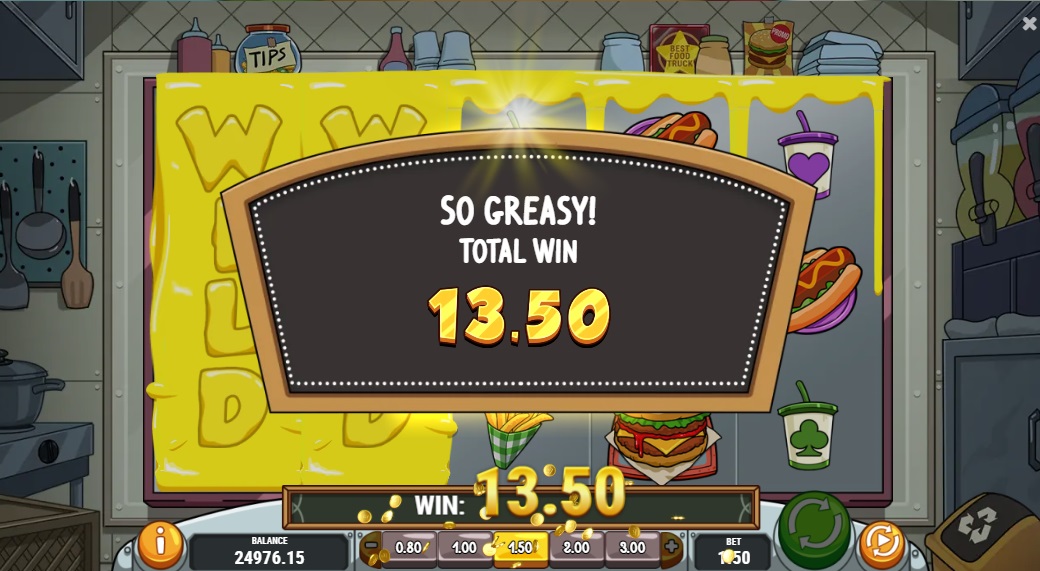 The Greasy Wilds feature results in 1 spin with 1-5 wild reels.

Players start this round with 12 initial Free Spins. Whenever the Five Star symbols appear on the reels, the Multiplier will be increased and two extra spins will be awarded; the Multiplier varies from x2 to x6.

All in all, Fat Frankies has a great quality of 4 available bonuses whenever they are triggered. No matter which one you get, they all have something of their own to offer. The most profitable maybe would be the Free Spins bonus, but in the end it is all up to how much luck you got.

The maximum possible payout is 6,000 times the placed bet.

We offer a free version of Fat Frankies, so you don’t need to worry about spending any money.

The Faces of Freya

Sisters of the Sun