Barn Festival by Pragmatic Play is their newest addition to the online gambling world. The slot will be out at the end of March, and in particular on the 31st.

This new online slot from Pragmatic Play has a 6*5 grid filled with Money Symbols and Tumbles that will help you reach the multiplier of 20,000x! The estimated RTP given by the provider is 96.45% which is impressive and the volatility is at its highest.

Barn Festival vs. 3 other slots with Tumble feature by Pragmatic Play

How to Play & What You Will Win

The used mechanism in Barn Festival is Cluster Pays so no betways here. You need to land at least 8 of the same symbol anywhere on the grid. 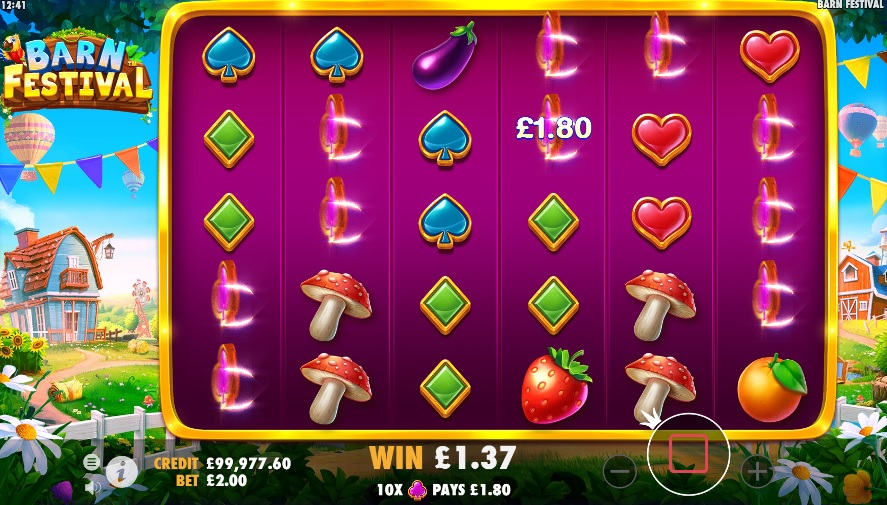 The spades are among the low paying symbols and deliver prizes up to 8x.

PROs and CONs of Barn Festival

Tumble is a feature that can be found in many of Pragmatic Play’s famous slots. This feature eliminates all winning combinations from the reels to make room for new ones. Hence, you have a greater chance of winning a new payout every time you spin.The tumbling continues until there are no more wins following a tumble.

This round begins when you land exactly three Money Symbols on a spin cycle. These values are multiplied by the total amount of the win for the tumble cycle.

Whenever 3 Money symbols appear in a non-winning spins, their values are collected before the tumbling begins. Then, players are awarded with a Respin and it will continue until at least one winning combination happens.

The Money Respin bonus starts when you manage to land 4 or more Money symbols. The grid is then changed to a 4×5 one and all the symbols but the Money symbols are left on it. You start with 3 Respins and all Money symbols that land on the grid keep their places.

Here are the money symbols that will appear during the Respin round: 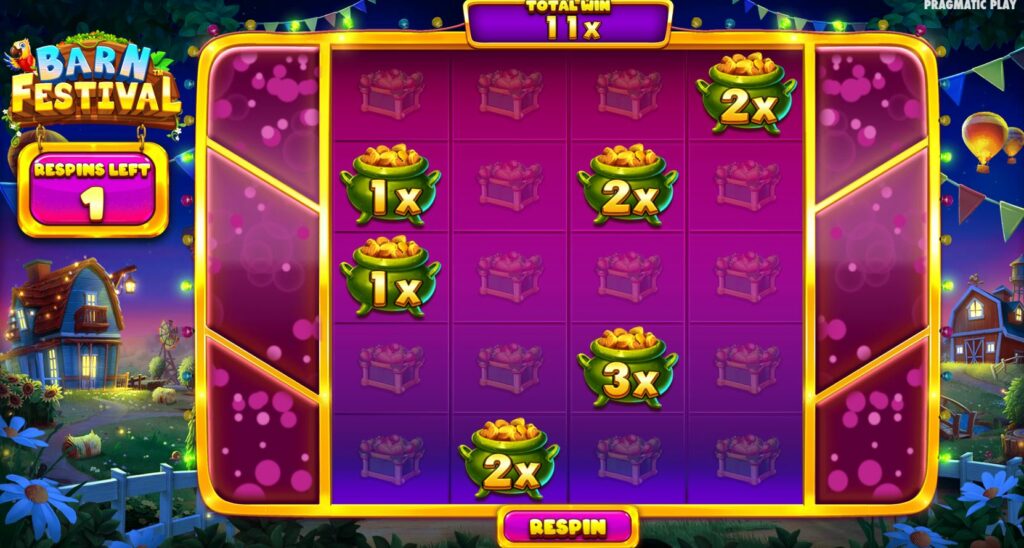 Certain jurisdictions offer players the opportunity to buy money respins for up to 100x their bet, bringing randomly chosen Money Symbols to the reels.

Barn Festival Slot features the same country theme found in other Pragmatic Play slots, but adds a multitude of Money Symbols to the thrilling experience. Additionally, you will find the standard Add, Multiply, and Collect Money symbols.

Yes, the slot will be suitable for both desktop and mobile devices.

The slot’s theme is revolving around the Irish culture and the pots of luck.

There are several significant features including the Tumble feature, Money Re-spin, Multipliers and special symbols.

Yes, despite the high volatility, the slot delivers quite often and steady winnings.