Enjoy the night sky while watching the beautiful constellations in the new Cygnus 2 online slot distributed by software developer ELK Studios. They are taking players through stories in a star-dominated Cygnus society. Help them solve the mystery of this galaxy and unlock eternal riches.

Cygnus 2 is a star-themed online slot video with 6-reels, 4-rows, with 4,096 up to 262,144 ways to win. The game also comes with bonus game features. Players will win cash prizes at a high volatility level of 8/10 for the average rate of return to players according to RTP theory of 95%.

The crisp 3D design of this game takes players into one of the stargazing rooms, capturing the atmosphere of a clear, cloudless sky, allowing the stars to be seen clearly. There is a grid in the middle of the room waiting for you to start spinning it for an exciting chance to win prizes.

Cygnus 2 compared to another series by ELK Studios

All symbols associated with winning on the reels, once the prize is paid, will explode. This allows new symbols to drop lower, and each avalanche has an additional row of symbols while adding the following ways to win the prize:

The Avalanche feature will continue like this until there are no more winning symbols. 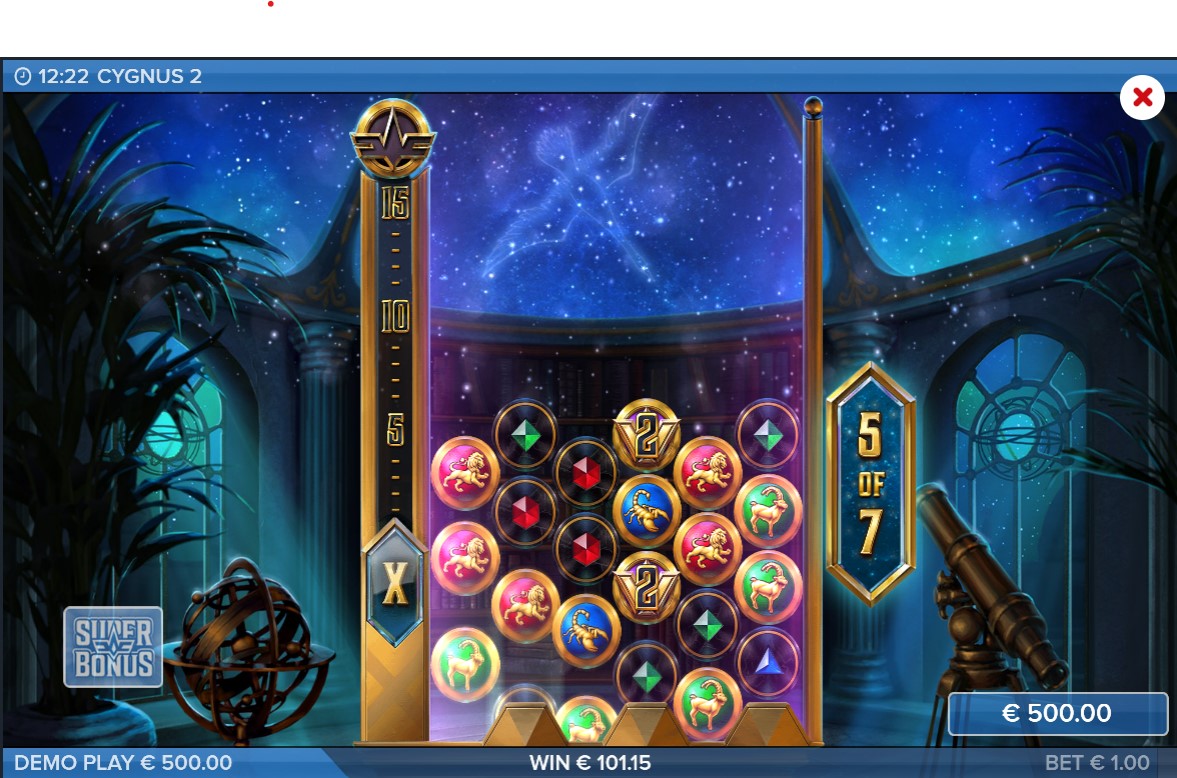 Make as many consecutive winnings as possible to win the max. multiplier of 50,000x!

If you’re a passionate person who loves stars, there’s no better game for you than this one. Enjoy watching your favorite stars and win millions. The game is scheduled to be released on August 2, 2022, but you can play it in trial mode today at CorrectCasinos.com. Join and unravel the mystery of the stars in Cygnus 2 to win 50,000 times your bet.

The slot comes with an Avalanche & Cascading feature and Free Spins round.

There is a significant improvement since the last Cygnus slot and this time the max. win is estimated at 50,000x.