Amusnet Interactive is a publisher known for the quality of its works. When the latter gets involved in a project, it will do everything in its power not to disappoint its fans and collaborators. The group has recently resurfaced after some time of absence from the world of egaming. Indeed, Amusnet Interactive has decided to finally launch its new slot machine entitled 40 Burning Hot. Thus, it is with this title that the company will increase its collection of entertainment available on virtual casinos.

Currently, many publishers decide to take the rather classic themes and make a new product without moving away from the simple and playful spirit. Amusnet Interactive has decided to follow the trend with 40 Burning Hot. The entertainment is summarized by a mix of traditional slot machines and modern features. The contrast is striking, but the formula works well, as we could see in the demo mode.

Note that this game is formed by 40 paylines as well as 5 reels. Several symbols familiar to bettors are available in the game. There are several fruits such as plums, lemons, grapes, watermelon, cherries and orange. There are also familiar icons like the clover, the golden bell and the number 7. Finally, all this will be accompanied by the $ symbol and the star. 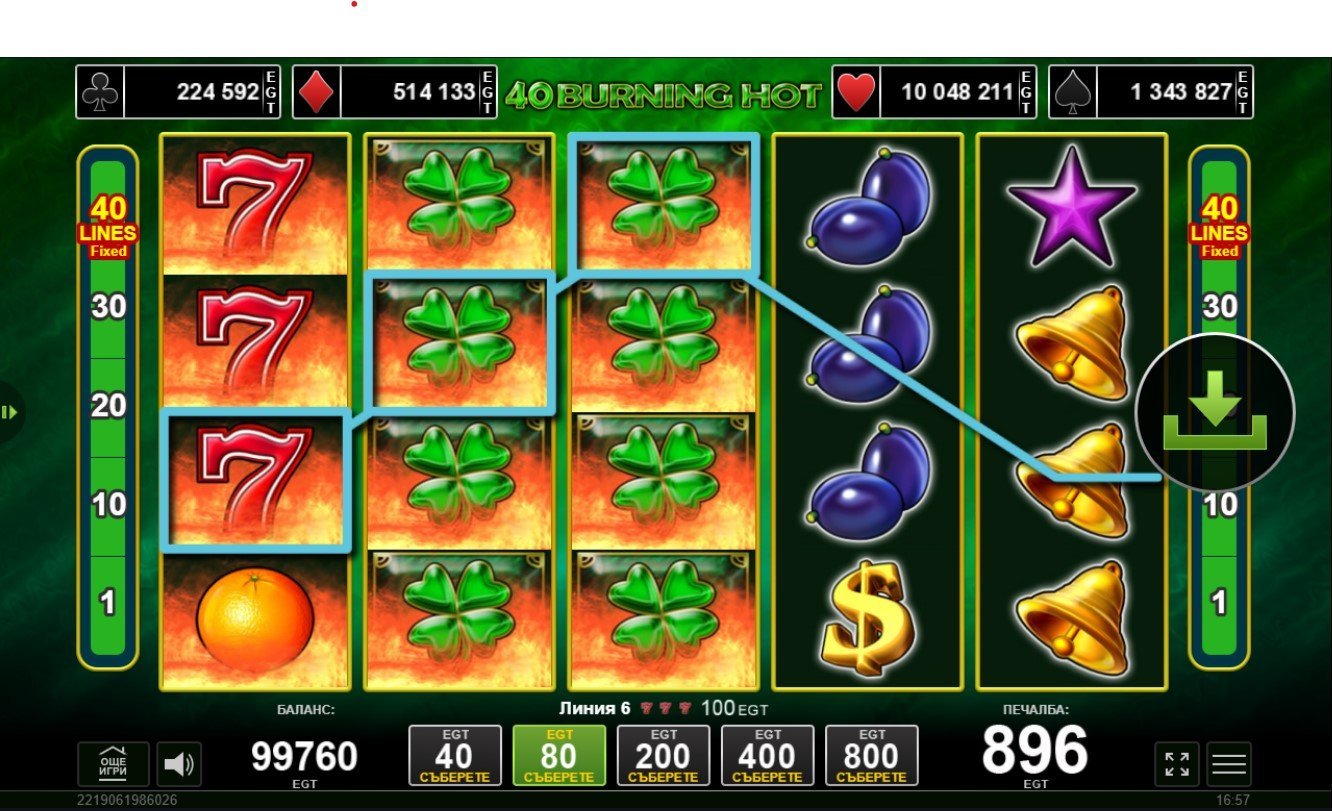 The wild symbol expands on the whole reel.

Features of the game 40 Burning Hot

The program contains simple features, which is the principle of what is called a classic and traditional iSlot. Therefore, there will be no free spins or bonus games with mini games. There are also no multipliers throughout the game.

However, the game will not be as boring as you might think since the gameplay is unique. Moreover, you can always count on the wild to boost your winnings. The wild is represented as a four-leaf clover. The chances of winning the rewards increase when it is used, as it has the ability to substitute for all the classic symbols and help to form winning combinations.

The clover only appears on reels 2, 3 and 4. However, it should be noted that the power of the wild does not affect the scatter and $ symbol.

The slot machine has a Gamble feature. After acquiring winnings on the game, one can bet them in this optional mini game of double or nothing hoping to double one’s bet. All you have to do is guess the color of the face down coin.

Finally, there is the Autoplay function that allows you to automate your games.

We offer a free version of this slot, so you don’t need to worry about spending any money.

Yes! If you are a fan of this Amusnet slot, then look up in the table and try one of the other ones.

No, there is no such bonus in this game.

You can win one of the 4 progressive card Jackpots that are part of the Hot series of Amusnet.