In an update published on its website on July 4th, the leading UK bookmaker William Hill announced that it “has entered into a consultation process with retail colleagues” and it may close up to 700 of its betting shops within the next few months. The reason for the closure is the drastic decrease of the FOBTs max stake introduced earlier in 2019. William Hill is yet to reveal the exact locations of the shops slated for closure, but the shutdown is expected no later than the end of the year.

As a result of the closures, as many as 4500 employees are at risk of losing their job. William Hill confirmed that measures will be taken towards remedying the situation and “voluntary redundancy and redeployment measures” will be applied.

Back in April, the Government decided to reduce the maximum stake on B2 gaming products from £100 to £2 in an attempt to reduce the social and economic issues problem gambling might raise. Since then, the company has been experiencing a rapid review decrease. 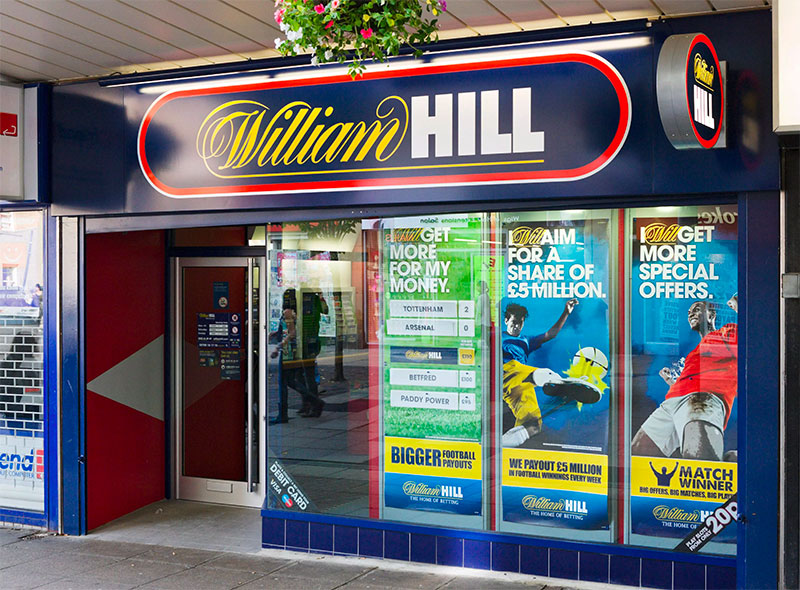 William Hill is not the only bookmaker affected by the FOBT legislation, though.

GVC, the Ladbrokes’ owner, announced that as many as 900 of its betting shops are at risk of closure, which means that over 5,000 employees could lose their jobs. Betfred is expected to close up to 500 shops and reduce its workforce by 2,500 people.

If the above expectations are met, a total of 2,100 shops will close and 12,500 people will lose their jobs, which stands for 12% of all people employed in the gambling industry.  The Association of British Bookmakers repeatedly warned the legislators that such a harsh stake reduction would have a devastating impact on the UK betting segment but to no avail.

While the above three companies announced that the FOBT stake cut would have a negative impact on their business, Paddy Power Betfair (recently rebranded as Flutter Entertainment) stated that it does not expect the FOBT legislation to have any serious impact on its revenue.

According to people with knowledge of the matter, the Government’s decision is not the sole reason for the massive shop closures. It is true that people, employed in the gambling industry should not fall victim to political affairs. However, it is also true that gambling firms have already focused on the online gambling sector that is both less expensive and more accessible.

Nevertheless, the companies fight a battle on the online gambling field as well. Due to mounting pressure to protect minors against the adverse effects of online gambling, they may impose a voluntary ban on advertising during TV sports events and increase their contribution to gambling charities.

Looking for safe online casinos to bet at?